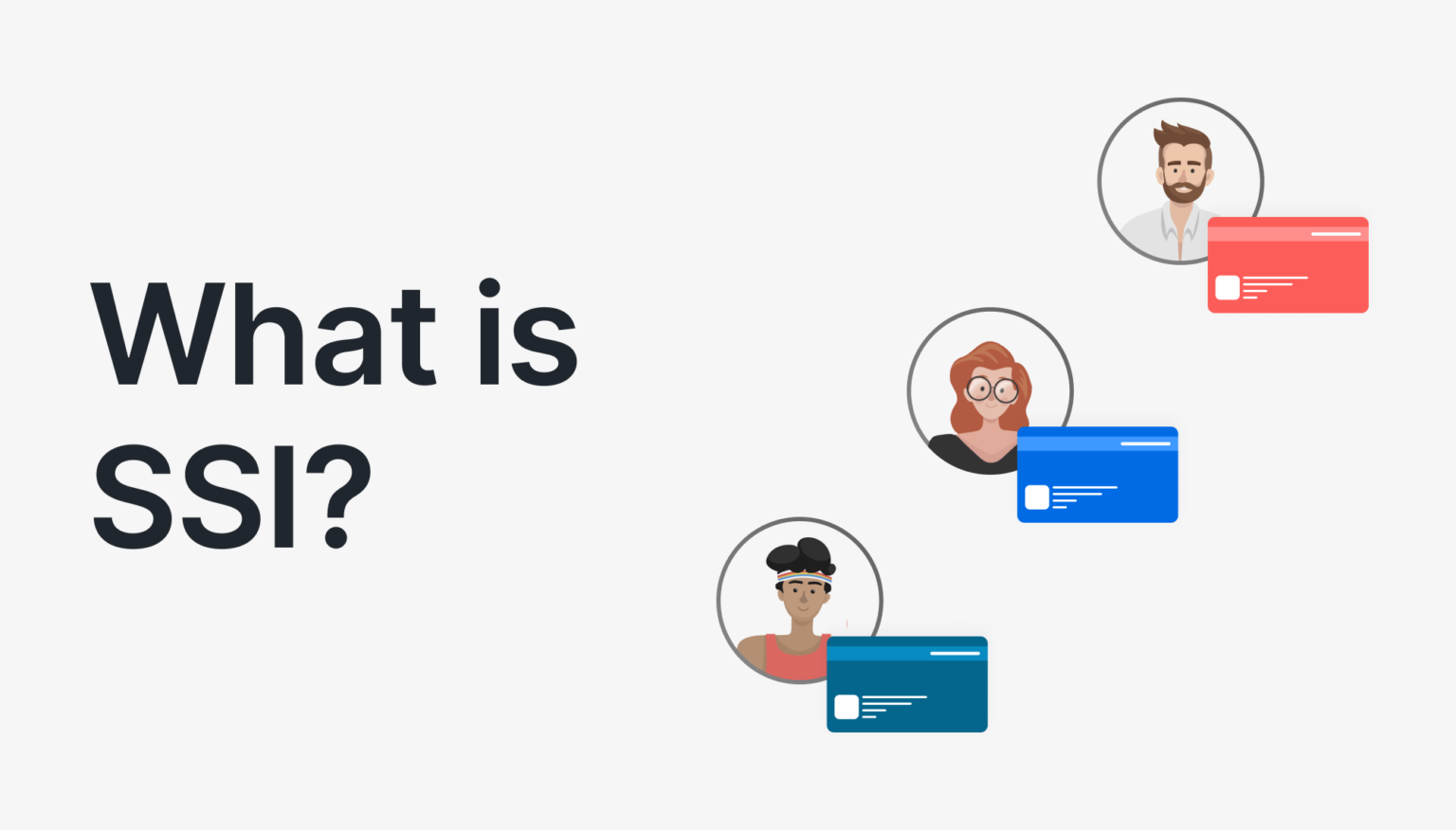 Self-sovereign identity (SSI) is a movement that claims digital identity should be just as legitimate and nuanced as a person’s human identity, while being accessible to all, privacy-preserving, and not reliant on a single government or corporation.

Many have given their thoughts about this movement. Some have called it the next trillion-dollar market, while others focus on its ability to enable people to take back privacy and interact with more dignity online. At Trinsic we want to add our voice to the conversation, aiming to balance philosophy, technology, and business principles to explain SSI in a way that’s easy to understand.

Trinsic is a leading provider of SSI technology, and the reason is simple: we believe self-sovereign identity will make the world more accessible to people everywhere while adding tremendous value for businesses everywhere. To understand why, we should first unpack what it means for a person to have a digital identity that’s just as legitimate as their real-world identity.

Human identity is a complicated topic—philosophers have been debating it for centuries, and nothing I say will settle those discussions. So I propose here a mental model I’ve used to explain how I think human identity works. I simplify human identity into two parts, both of which are necessary for a person to be a productive member of society.

Some of the largest social media, blog, and other internet platforms basically exist to help people express their intrinsic identity. But there is (remarkably) still no good way to manage our extrinsic identities digitally. We still use paper documents and plastic cards to access some of the most important services in our lives, subjecting some of the most sensitive and vital aspects of our identity to fraud. It’s frightening that in an increasingly digital world we sometimes have to scan, email, or send photos of these documents to do basic things like qualify for a home or open a bank account.

Self-sovereign identity is the marriage of real identity with the digital world that will ultimately make people’s lives better.² It’s still in its infancy, and there is a long road ahead to truly make digital identity as legitimate and nuanced as a real-world identity. But there are several very promising technology advances of late that represent a huge breakthrough, the most important of which are the advent of digital wallets and the standardization of verifiable credentials. Together, these create a path toward bringing our extrinsic identities online for the first time.

A digital wallet is exactly what it sounds like: a secure digital environment where you can keep important cards (e.g. driver’s license, employee ID card) or currencies. Just like in the real world, this wallet has some important properties:

Trinsic launched the first interoperable SSI wallet over a year ago, and it has quickly become a favorite—check it out here. But a wallet, whether physical or digital, is just a container. It needs content to be valuable, and the ‘cards’ digital wallets hold are called ‘verifiable credentials’.

Verifiable credentials are the standard way to represent extrinsic identity online. As the primary contents in an SSI wallet, they are generally digital, tamper-proof, non-transferrable, verifiable versions of the cards you’d normally keep in a physical wallet. You can share verified information from these credentials while preserving privacy (like sharing your voter precinct without revealing your address or your credit score without revealing your SSN). Since the credentials are yours, you don’t need a username and password to access them. In a future state, access to services could be based on these credentials so that “identity theft” couldn’t happen just by knowing your SSN and mother’s maiden name.

Finally being able to manage our extrinsic identities digitally through digital wallets and verifiable credentials will have a huge impact on people and enterprises (more on that below). But there are other technologies that will work in harmony with verifiable credentials to create a truly self-sovereign identity solution. We’re watching technologies like personal data stores/hubs/pods, linked data, sidetrees, decentralized storage, and more to make our SSI offering more robust.

Self-sovereign identity has huge implications for businesses as well. Between my roles as chair of the “Business of SSI” Task Force at the Sovrin Foundation and as CEO of Trinsic, I’ve spoken to hundreds of business leaders about the impact verifiable credentials will have on their business. Today there are over 100 companies and developers using Trinsic to build solutions across more than 10 industries. It takes ingenuity to identify how SSI can improve your bottom line (and by the way, our team is happy to help). I’ll list a few examples below to get your creative juices flowing.

Self-sovereign identity will unlock enormous valuable opportunities in all markets around the world. No industry will be left untouched by its impacts. Hundreds of companies have begun experimenting with the technology and several have gone to production. The easiest way to get started is to head to https://studio.trinsic.id/ and begin playing around in our free sandbox. Follow our tutorial to walk through an example of how it works. Here you’ll be able to issue credentials, set up wallets in the cloud or on your device, and verify credentials with the click of a few buttons. If you’re not sure where to get started, how SSI could apply to your industry, or if you just want to chat, schedule a call with our team here.

1. It’s worth noting that there is overlap between these two kinds of identity. It’s possible to obtain an extrinsic credential that represents one’s intrinsic identity. Someone who identifies deeply and personally as a Republican may or may not be a card-carrying, official member of the Republican party. And many transgender people know they belong to a gender separate from that which is displayed on their government ID. The point is that one kind of identity doesn’t trump or determine the other, but they may be linked.

2. Eventually, SSI will give people a super simple way to do the following and more:

3. It’s also interesting when your workflow is complex and requires validation from multiple third parties. For example, imagine if something as complex as handling a car accident (licensing, registration, vehicle, and insurance information are all required to be shared and verified) could be done with the click of a button. I know the officer who handled the last car accident I was involved in would be eternally grateful—he was doing data entry from paper documents into the laptop on his motorcycle for an hour in the hot sun! With SSI it could have been handled in minutes, and he could have been out making the community safer for that hour.