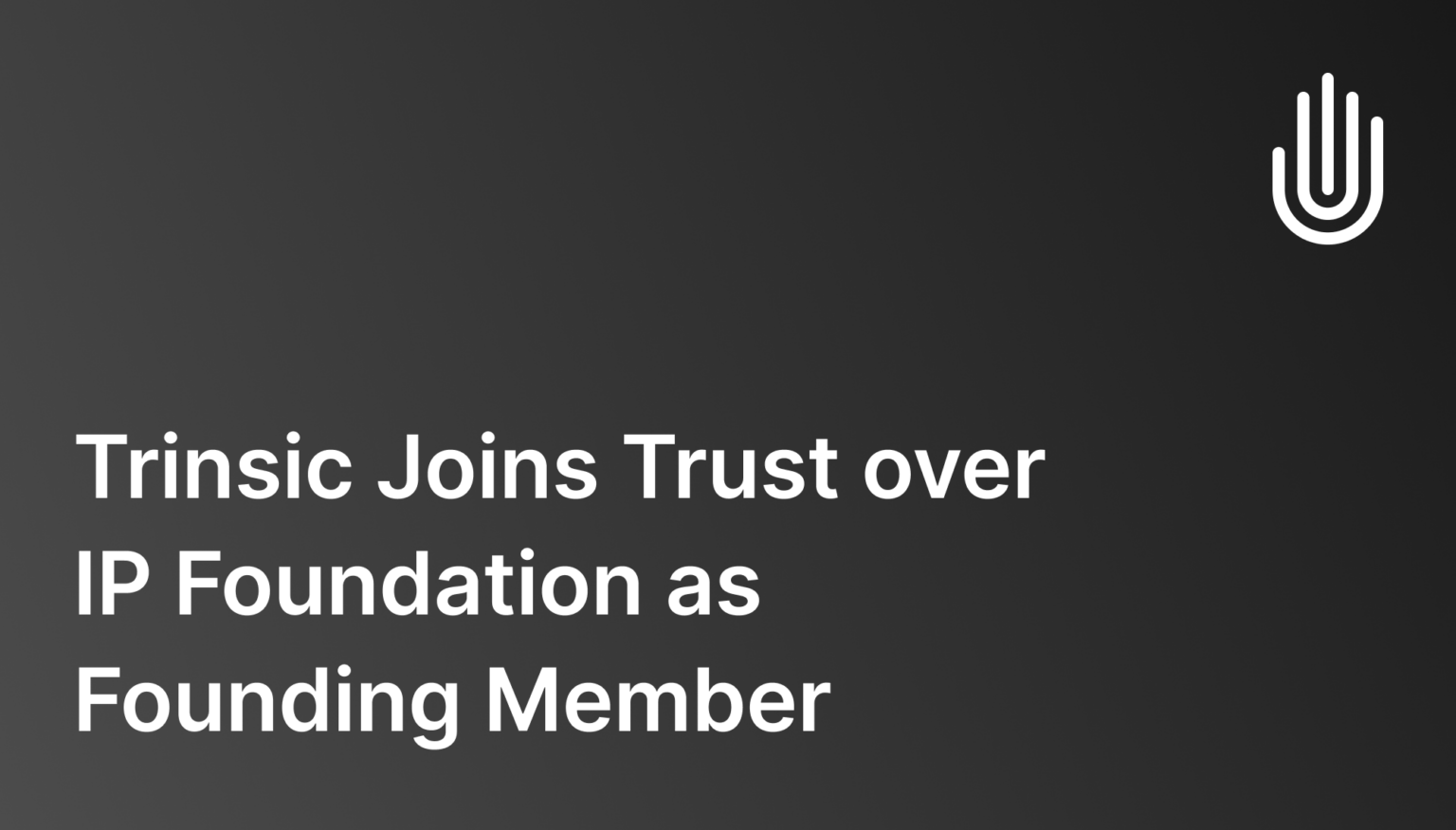 Trinsic is thrilled to announce our membership in the Trust over IP Foundation as a Founding Contributor Member. Through our involvement there, we’ll continue to help define the set of business, legal, and technical policies which will underpin trust on the internet into the future.

What Does Trust over IP Mean?

Trust has many different meanings in different contexts and applications. But regardless of what definition you take of it, it’s clear that the internet was developed without a secure trust layer. Originally meant for transferring messages between universities, the internet created a way to identify machines (IP addresses) but didn’t consider the need to identify real humans participants.

A rich history unfolded and standards emerged to ensure its functionality. The TCP/IP protocol emerged to enable communication across the network of computers that then existed. More protocol standards like HTTP, SMTP, and others ensured that computers operating on the internet around the world could communicate with each other reliably.

As technology was developed to enable voice to travel over the Internet Protocol, a technology that powers Zoom, call centers, and more, it was coined Voice over IP. Other examples abound, including PC over IP, AV over IP, etc. Trust over IP (ToIP) is exactly what it sounds like. For the first time, the internet can add an element of human trust that would not have been possible before.

Trust on the Internet

It’s hard to overstate how impactful this movement will be. Jim Zemlin, executive director at the Linux Foundation, said the following in the original press release that went out this morning.

“The ToIP Foundation has the promise to provide the digital trust layer that was missing in the original design of the Internet and to trigger a new era of human possibility. The combination of open standards and protocols, pan-industry collaboration and our neutral governance structure will support this new category of digital identity and verifiable data exchange.”

Trinsic’s vision is to make the world and its useful services more accessible to people everywhere. As trust increases and fraud reduces, services that would have otherwise been difficult to obtain will finally be in reach for vast numbers of people globally. In addition, we believe a trust layer for the internet will lead to enormous opportunities to improve consumer confidence in their favorite brands and news media, reduce identity theft and other fraud, and more.

How Does It Work?

The Trust over IP Foundation is establishing the interoperable stack of business, legal, and technical policies to enable this movement to occur. It ensures the governance is in place at every level of the stack to provide interoperability profiles powered by standards such as the W3C Verifiable Credentials, W3C Decentralized Identifiers, and more. In fact, the ToIP movement is a necessary and enabling step toward achieving the goals of the self-sovereign identity movement.

There will be two Trust over IP launch events for folks in different parts of the world. Register here for the live event on May 7th, 2020 at 9AM PDT. Another event will be hosted with a time specifically tailored for the APAC region.

If you’re interested in building on the ToIP stack, visit studio.trinsic.id to get started with our user-friendly dashboard and industry-leading APIs. With our platform for handling verifiable credential exchange and using DIDComm – key aspects in the ToIP technical stack – you can rapidly integrate ToIP into any application. Reach out to us if you’d like to get involved with ToIP or other initiatives.