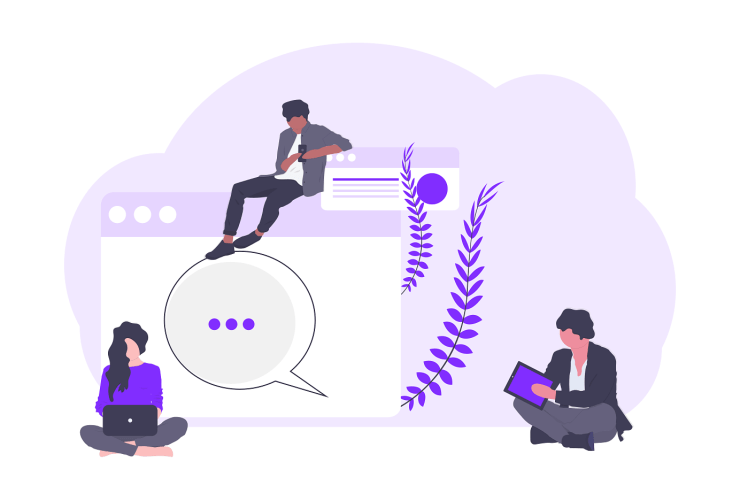 Streetcred ID is thrilled to announce our full-stack self-sovereign identity platform. It includes a new mobile wallet and a free developer portal to issue verifiable credentials in less than 5 minutes. This isn’t an alpha, beta, early access program, or pre-launch. This is a production system with scores of developers and several large enterprises using it regularly.

Self-sovereign identity (SSI) is the new standard for trust online because it empowers people to securely control their own data. The movement promises to make the world more accessible to billions of people and drive hundreds of billions of cost savings for organizations around the world.

We started Streetcred to make SSI more accessible; easier to use, faster and more affordable to implement, and more easily adopted. Before we launched in August 2019, someone wanting to get started with SSI had to either pay a commercial vendor tens of thousands of dollars for tools, or parse through the overwhelming open source ecosystem and try to build something without much support or decent documentation. What started as 4 emails sent to developers in my network has now grown to almost 100 developers and companies using the Streetcred API regularly. We’ve iterated and improved over the last 6 months and are now thrilled to be launching the next generation of our product.

This post explains the products we’re launching that enable anyone to get started in minutes for free.

Streetcred was the first SSI wallet built on the open source Hyperledger Aries protocols. It has been the go-to wallet for developers since its debut at the Internet Identity Workshop in April 2019. Even though it was only available on iOS through a private beta, it still had hundreds of users around the world.

Given its popularity, we released it into production and have been amazed by the rate of adoption all over the world. Demand for an Android version was also strong–and after seeing seven different people buy an iOS device specifically so they could use the Streetcred app, we realized just how badly the world needed its first interoperable Android SSI wallet! So, we went to work.

In the meantime, we spoke with many users to collect and aggregate their feedback. We tested with power-users and SSI gurus. We also tested with our aunts and uncles, acquaintances, and, yes, our grandmas who knew nothing of SSI. All that feedback went into creating what we believe to be the best mobile SSI experience in the world.

Launch of the Streetcred Wallet v2.0

We’re thrilled to release a next generation SSI wallet re-built from the ground up for performance, scalability, and simplicity. You can download the app for free on iOS and Android. Below are some of the features we’re most excited about.

We completely rethought what the mobile wallet experience should be. Through research, we realized a wallet can be simplified into two basic tasks: doing stuff and viewing stuff.

The home tab is where you do stuff. All the actions in the Streetcred wallet take place here. Actions include scanning a QR code to make a connection, accepting credentials, and completing a request for credential verification. You can also adjust your settings from the menu in the upper-left.

The wallet tab is where you view stuff. All the connections and credentials you’ve received are here. We designed the credentials to be as beautiful and simple as possible. The credential cards mimic the plastic credentials we humans use everyday. You can switch to list view, search, and delete credentials as well.

We improved upon one of the popular features of the previous wallet by making it easier for the user to switch between different blockchain networks (we currently support Indy-based networks, like Sovrin). This demonstrates our intent to be ledger agnostic. It’s especially useful for developers who want to test things in a staging environment before moving them to a production environment using a single app.

While these features are nice, the thing we’re most committed to and excited for is continued interoperability work. Not only does the wallet pass the Sovrin Test Suite (interoperability test), but we have an ongoing effort to test it with other apps, including with our competitors, to ensure compatibility. The app should work flawlessly with anything that passes the Sovrin Test Suite.

In August of 2019, Streetcred released an API for issuing, managing, and verifying verifiable credentials on any Hyperledger Indy-based network, including the Sovrin Network. What began as 4 emails sent to developers in my network has now grown to almost 100 developers and companies using the Streetcred API regularly. Over the last 6 months, we’ve intensely gathered all the feedback we could to improve the experience.

Developers working with our API said things like “This is the single best tool in the entire SSI market” and “Your API helped us spend 1/4 the development time compared to the next-best solution.” My favorite piece of feedback was, “Streetcred is the best-kept secret in the decentralized identity space.”

After experiencing tremendous growth over the last 6 months — without any marketing or fundraising — we knew we needed to double down on our core offering. In line with our original mission to remove barriers to entry for SSI, we built a portal that would help anyone to get started free in minutes.

From the developer portal, you can establish connections, issue verifiable credentials, perform verifications, without writing any code. Do you have a business case for self-sovereign identity? We’d love to chat with you and see if what we’ve built is a good fit.

Get Started with SSI Today

Streetcred is a full-stack SSI provider with all the tools so anyone — even non-technical people — can build an entire end-to-end self-sovereign identity proof of concept for free in less than an hour. Developers will quickly realize how easy our API is to integrate. Sign up for a free account today and get started using the Streetcred Developer Portal. Then, send us all your feedback, thoughts, questions, and suggestions — we cherish feedback and implement new features regularly. And most of all, we deeply care about driving adoption of self-sovereign identity. We can’t wait to see what you end up building!